The pledge comes after he received 14 pages of personal security advice from counter-terrorism police.

The dad-of-three said: “I was taken aback to get posted a guide to personal safety from the National Counter Terrorism Security Office last week.” 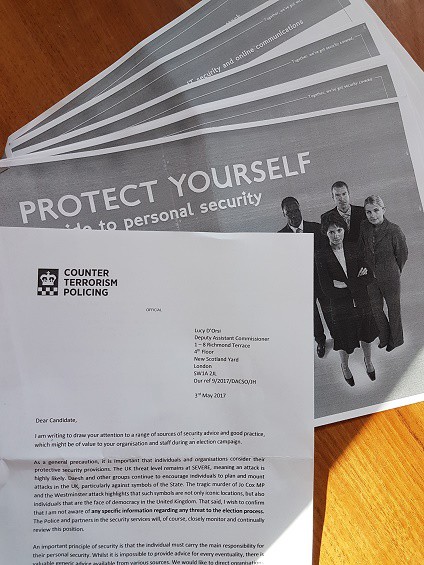 The 34-year-old regularly boxes on local boxing shows and has raised money for Kent Air Ambulance and The Soldier’s Charity.

He added: “It took a moment to click why I’d received it. I only realised when I saw my nomination papers underneath confirming me as a parliamentary candidate.”

The guidebook was posted to parliamentary candidates nationwide.

In it she warns: “The UK threat level remains at SEVERE, meaning an attack is highly likely.”

Mr Targett, said: “I’d barely announced my campaign before I had abusive comments rolling in on Facebook. I can imagine the other candidates get it a lot worse. Nobody deserves to feel threatened for getting out and exercising their democratic right.”

“The offer’s a bit tongue-in-cheek. But I want to draw attention to the threats parliamentary candidates receive and the need to keep political debate civil.

“If any of my rivals would like free boxing or ju-jitsu lessons I’ll happily sponsor them to come and train at my local club in Margate.”