In a historic laundry building in Margate, glasses of juice have faces and emotions, paper-crafted hens wander around a giant egg box and Plasticine is moulded into an array of talking, moving characters, each with a story to tell.

Painstakingly created models, drawings and animated creations are all brought to life by the team at A+C Studios in St John’s Road. 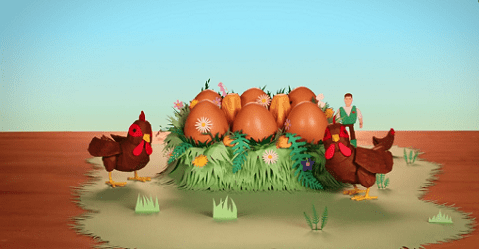 Inside the red brick walls of the building, tucked down a town side road, there are an abundance of stories being told, from a Zebra taking cricket selfies to intricately whittled characters appearing on a set made from reclaimed wood for whiskey giants Chivas and a glorious animated tale of wonderfully weird character Huslab arriving on Margate’s Harbour Arm in times gone past. 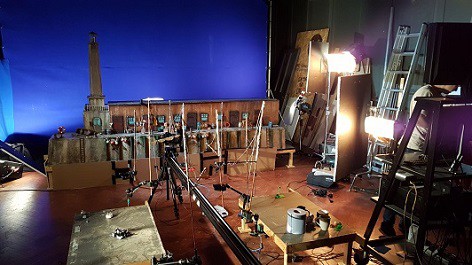 A+C Studios are celebrating ten years in the business, the last two-and-a-half of those based in Margate, and founder Dan Richards says this year is looking to be their biggest yet.

Dan made his first stop motion animation – where puppets/characters/sets are handcrafted as opposed to using computer generated animation – when he was just 12 years old.

Some 10 years later he graduated from the prestigious Bristol School of Animation, going straight to work at Aardman Animations on the hit film Wallace & Gromit: The Curse of the Were-Rabbit.

Soon after the project ended Dan decided to strike out on his own and A+C was born. 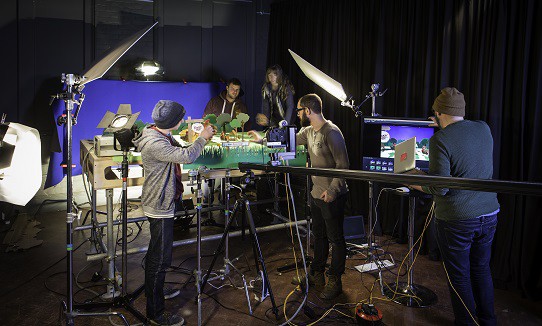 Dan said: “When I finished on Wallace and Gromit there was no more work, people thought it was all about CGI (computer generated imagery such as films like Toy Story).

“Now it’s all come around again. People want traditional and hand-crafted pieces, they really seem to appreciate that now.”

A+C was originally based in Whitstable but a house move to Margate four years ago prompted Dan to bring the studio to the isle too.

He said: “Margate has a real appeal for clients now and there is so much talent here.

“I love it. I can bring the dog with me to work every day, it’s 10 minutes to the beach. I have a beautiful house and live on a road full of amazing people.

“Margate is a massive part of what we are doing, it’s about being happy and inspired and talking to like-minded artists in a great community.” 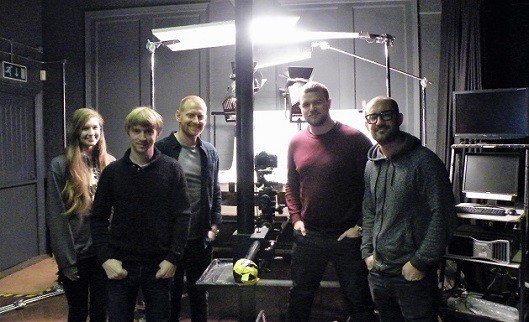 A+C has a regular staff of six with other artists often brought in for commissions, many of them being isle-based.

One of the crew is Margate-born Russell Jamieson.

Russell graduated from university with a First Class degree in film studies.

He previously worked in London for Creative Review magazine and then moved into agency account management roles. 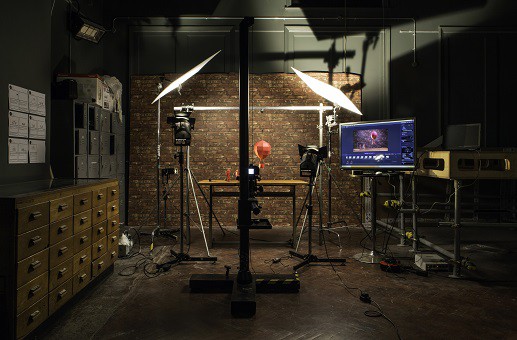 But all the commuting is now over with his role managing commercial productions at A+C.

Russell, who lives in Ramsgate, said: “Before, I had to spend an hour and 50 minutes on the train and then get the tube. Now it takes me 10 minutes to get to work! I’m doing what I really want to and I’m able to do that locally.”

A+C specialises in producing TV commercials, advertising and social media films. They have created an array of fantastic animations for big brands such as Robinsons, Lego, The Happy Egg Co, Samsung and the Super Bowl. 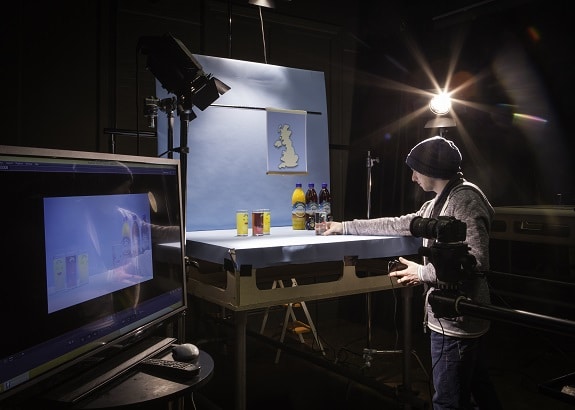 This year more big names are in the pipeline.

Dan said: “We have projects from the States and Canon – based in Singapore – and this year is going to be really international. Brexit hasn’t held us back because we are doing something that is niche and high quality. We are getting enquiries from around the world.

“Working with brands like Lego is great. I grew up playing with Lego and then they gave us 10,000 bricks to make the animation!

“For Robinson’s juice we did six, 20 second films with animated glasses.”

And, despite the massive upsurge in business, the team have also found time to recreate a little bit of Margate.

Running almost the length of the wall inside one of the studio rooms is a beautifully crafted model of Margate’s Harbour Arm from a time around the 60s when it was the focal hub of a fishing industry.

It has been created for a short film – still in progress – telling the tale of Huslab who arrives in Margate with a battered case filled with hope and not a lot else.  Húsláb is different – on one foot he has a live chicken, on the other a pig’s trotter!

A stunning trailer for the film shows the intricate modelling of an atmospheric harbour arm as we are introduced to the gloriously odd Huslab.

The trailer was created by David Clark and directed by Dan. Narrator David Morrissey tells the tale of Huslab as he struggles to fit in somewhere new.

The completed film will be around 10 minutes long. 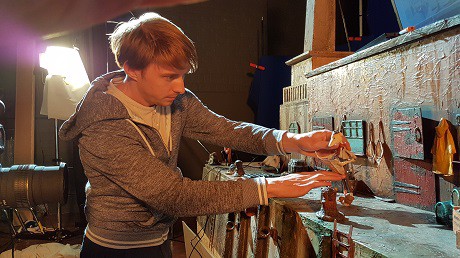 Russell said: “It took six weeks and six people to build and paint the model with another couple of weeks taken for filming.”

To finish the film a Kickstarter appeal has been launched. Funding will be for materials and model-makers.

To find out about the Kickstarter, and a bit more about the Huslab film, click here