A Broadstairs dad-of-two who had his car stolen shortly after he had finished running the London Marathon on Sunday has issued a plea to get back some irreplaceable items that were inside.

Andrew Barrs ran the marathon in aid of children’s cancer charity CLIC Sargent, a cause he chose this year because of a close family connection.

Last year Andrew, a Southeastern engineering manager based at Ramsgate, ran his first London Marathon in aid of Myeloma UK – a charity raising funds for research into the bone cancer that Andrew’s brother Jason had been battling for 10 years. 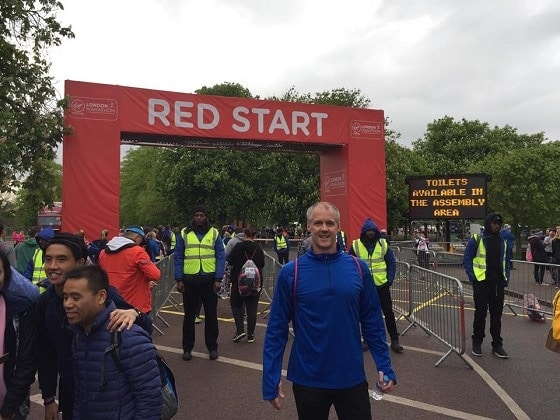 Jason, a paediatric nurse living in Belfast, made the trip to see his brother run but sadly lost his life just 11 weeks later. A photo of the brothers at the race was the last one ever taken of them together.

This year Andrew, 44, decided to run three major races, the London Winter 10K, the North London Half Marathon and finally the London Marathon.

He chose CLIC Sargent for two reasons – a Southeastern colleague’s five year old daughter had been diagnosed with Leukaemia around the time that Jason passed away last July and his brother’s passion in life had been his career nursing children.

Andrew said: “All Jason ever cared about was nursing children. I wanted to do something to support my colleague and make my brother proud.”

But after the race Andrew had his car keys stolen while he was in McDonalds in Gillingham and the thief took off with his Citroen C4. His marathon medal, finisher’s vest, camera and memory card with pictures from the day, running kit with his number and Jason’s picture on the back and other valuables, such as iPads, were inside.

The loss of the items was devastating – but some have been returned.

Andrew said: “Someone dumped the vest, which had Jason’s picture and  the dates 1971-2016 – so was obviously in memory of someone – and the medal behind a garage in Gillingham.

“A lady found the vest and knew a bit about running so knew  the shirt normally has an emergency contact number pinned to it. She unpinned it and phoned my wife Caroline to say that she had the vest and medal.

“But my Dad’s camera, with the memory card full of pictures from the day, is still missing. I just want this back as you can’t replace the memories captured on the card. It doesn’t matter if I never see the car again if I have those items – the vest, medal, memory card and my finisher’s shirt- back.

Andrew said of the thief: “They might have money issues, they are probably in a worse place than me. All I care about is getting the things back.”

If you can help

A Kent Police spokesman said: “Kent Police was called to a report that a car was stolen while parked in High Street, Gillingham, at 6.16pm on Sunday 23 April 2017.

Inside was a medal awarded for running the London Marathon and a child’s toys. The medal for running the marathon was located in the garden of a nearby home and has been returned to the owner.

Enquiries to locate the vehicle, and the offenders, remain ongoing. 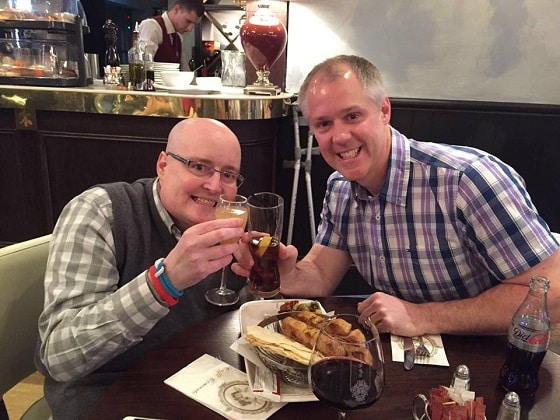 Andrew did his first ever London Marathon last year as a way to mark the tenth anniversary of Jason’s diagnosis.

“The prognosis for this disease is not good. There is no cure, treatment is about life extension. The doctors said a bone marrow transplant was the best way to prolong Jason’s life. There is around a 25% chance that you’ll be a match. I was a perfect match and we did the transplant at bthe end of 2006. After that I would make trips to the hospital in Belfast where they would take blood, strip out what they neede for Jason and put the rest back into me. That happened for three or four years and then there were other treatments.

“After 10 years they ran out of treatments and it was getting harder to control the disease.

“So, on the 10th anniversary I said to my wife Caroline that I had to do something that would help.

“I decided on the marathon because it was something I would never normally do.

“I ran it last year and my brother was there. The picture at the end of the race was the last one we ever had taken together, the meal after was the last we had together.

“After that he got sick quite rapidly and I went to Belfast and saw him for the last time. He passed away on July 22, 11 weeks after the Marathon.

“He was a paediatric nurse at hospitals including Guys and St Thomas and then in Belfast and his life was about nursing children. That’s why running for CLIC Sargent and my colleagues daughter, is something Jason would have been really proud of. It’s raising money for something he would have really cared about.” 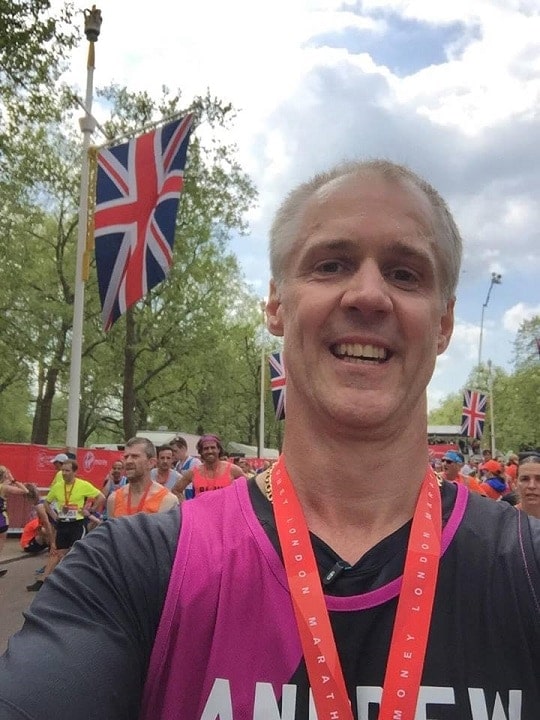 Andrew, who finished the Marathon in 3hours and 55 minutes – just beating his 4 hour target – has so far raised more than £2,000 through his justgiving page.