The Burger King franchise in Margate High Street is one of 36 across the country that is threatened with closure.

Two companies that run Burger King franchises, including the Margate one, have gone into administration.

Nick Cropper, Ryan Grant and Catherine Williamson of advisory firm AlixPartners have been called in as joint administrators over Millcliffe Ltd and CPL Foods – the franchising company responsible for the Margate store – following ‘cash flow problems.’

Some 1,000 workers nationwide are affected.

The store remains open while administrators explore  “all possible options for a sale of all or parts of the business.” They are also in talks with franchisor Burger King Europe. 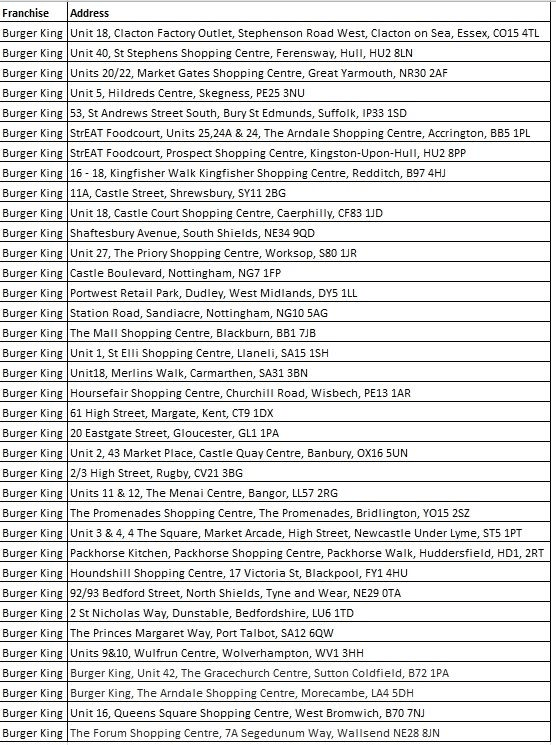