A driver hit a parked car and went through a garden wall in Broadstairs today (April 21).

Police were called to Pierremont Avenue in Broadstairs at 4.46pm. An ambulance crew also attended the scene. 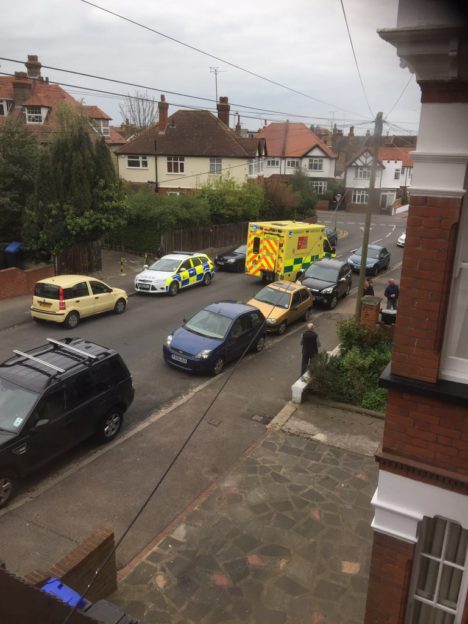 A witness said the driver was shaken but there were no apparent injuries.

A Kent Police spokesman said: A car was in collision with a parked car. Two buildings were also reported damaged during the collision. No injuries were reported.”