Prime Minister Theresa May’s announcement of another General Election on June 8 will mean a new battle for the South Thanet and North Thanet constituency seats.

In May 2015 Craig Mackinlay took the South Thanet seat with just over 2,000 more votes than his nearest rival, former Ukip leader Nigel Farage.

In North Thanet veteran Tory MP Sir Roger Gale swept in with 23,045 of the vote, almost double that of his nearest rival, UKIP candidate Piers Wauchope.

Thanet became the focus of global media attention as fascination with who would take the vote grew.

The South Thanet competition became a two-horse race with a parade of Tory big-hitters, including George Osborne and Theresa May – then Home Secretary, visiting the isle in support of Craig Mackinlay and Nigel Farage taking to the streets to meet voters to drum up support for his own campaign.

TV crews from Europe came to film the views of Thanet voters and the campaign culminated in one of the longest counts in the country at the Winter Gardens on May 7 through to the morning of May 8. It was followed by the local election results that saw Labour seats at Thanet council decimated as UKIP swept in to control their only local authority in the country.

Nigel Farage stepped down as head of the UKIP party, briefly, after the result came in. He retook his position but stepped down again last year. Paul Nuttall is now the UKIP leader.

The election was followed by a probe by Kent Police, launched following a Channel 4 investigation which questioned the local election spend during the Conservative campaign.

The legal expense limit for South Thanet for that time-frame was £15,016.38. The Conservatives’ local expense declaration was for £14,837.

But a bill of more than £18,000 for stays in two isle hotels and a hostel was not included on local expenses but attributed to national spending. This figure would have taken the party over the legal campaign limit.

Last year Kent Police won a court hearing to have a 12-month extension to investigate the claims.

The investigation has continued and Mr Mackinlay was questioned by police for several hours under caution last month.

The May 2015 election was fought mainly on a platform of promises to work to reopen Manston airport. The airport remains closed and the struggle to control the future of the site continues with landowners Stone Hill Park applying for planning permission for houses, business and leisure and newly formed RSP following a process to gain a Development Consent Order from national Government so the firm can compulsory purchase the site and put in place its cargo hub plans.

Standing for the snap election

Mr Mackinlay has confirmed his intention to stand for South Thanet, this needs to be approved at a special AGM by the Conservative Association. 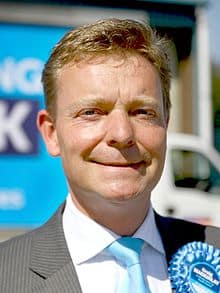 Mr Mackinlay said: “I doubt that Thanet will be such a media circus this time. I cannot foresee Al Murray standing again. It is unknown whether Nigel will stand at present, but it has to be considered that the high water mark for UKIP has passed and I cannot foresee anyone who did not vote UKIP/Farage last time would be tempted to do so now.

“Article 50 has been triggered, this election is now about providing a strong government and a Prime Minister with a strong mandate to negotiate Brexit with EU partners and to bring a new manifesto with a fresh election mandate for the next 5 years.”

Sir Roger Gale was selected some 18 months ago to stand as the 2020 candidate and so will take up the fight for his seat once again. 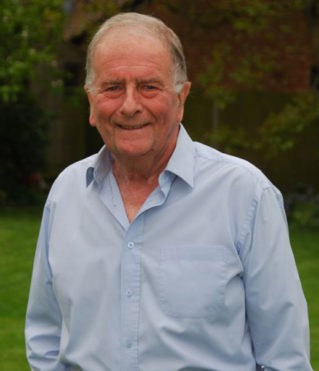 Sir Roger said: “The hard, political reality is that Theresa May has not got a majority and, as John Major found out in 1992, that is a difficulty.

“It is one Theresa May has found over a period of months trying to persuade the House of Lords to do business sensibly. To operate with any degree of authority os difficult without that majority.

“Farage stood on a promise in 2015 to reopen Manston airport. I believe Farage and (Chris) Wells let the people of Thanet down. If Farage puts his head above the parapet it will be shot down. UKIP is a pressure party now without a purpose.”

Sir Roger said he would stand to push ahead with the process of Brexit and leaving the EU now that vote had been made by the British public and , locally, of getting Manston airport reopened.

Nigel Farage has not confirmed whether he will stand but promises to reveal his thoughts on the election on LBC radio tonight at 7pm.

Get my reaction to the June election exclusively on @LBC at 7pm. Watch it live here: https://t.co/zMzR7bdDRZ

New UKIP leader Paul Nuttall has called the announcement ‘ cynical decision’ but said: “We welcome the opportunity to take UKIP’s positive message to the country.”

The election in June must be authorised by  a vote in the House of Commons. Two-thirds of MPs (434) must back her motion when it goes to the vote tomorrow morning. If they do Parliament will be dissolved on the evening of May 2.

Candidates will be revealed on May 12. June 8 will be polling day.

We will bring you all the nominations when they are confirmed.