Two isle war veterans will take to the skies in an iconic Spitfire on Wednesday.

Ron Dearman, 93, and Gerry Abrahams, 94, will travel to Biggin Hill for the flight in the two-seater Spitfire.

It has been organised through the Spitfire and Hurricane Memorial Museum at Manston with Biggin Hill Heritage Hangar. The Hangar is a supporter and sponsor of the Spitfire Museum and regularly offer fly pasts as attractions at events held at the museum to raise funds for it.

Ron and Gerry are both former servicemen but neither has flown the Spitfire before. They have been offered the flight for free on account of their veteran status. 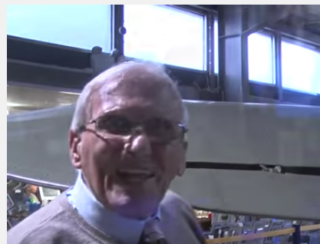 Ron, who was born in Essex, served with the RAF during World War Two, both in Europe and then predominantly in Burma.

He joined the ATC in 1939 when he was 16 and this is where he learned Morse code and got used to military discipline.

In 1941, aged 18, Ron was selected to serve with the RAF and commenced flight training.

His first flight was in a Tiger Moth near Rugby. Ron, like most pilots, fondly remembers his first flight. After initial flight training, Ron was sent to Canada to learn how to fly twin engine aircraft.

Ron, who was married to Ivy until she passed away, was awarded the much coveted pilots brevet (wings) in 1942

He has been a dedicated and  popular volunteer at the Spitfire museum, where he never sits down but instead welcomes all visitors – particularly women of all ages – answers any questions they may have and talks to them about the war and flying.

As well as  volunteering at the museum two days a week, Ron is also extremely active in the community in Birchington where he is a volunteer “befriender” of the elderly (to prevent loneliness and isolation) and often travels great distances to places like Biggin Hill, Duxford and even Coningsby – to which he often flies – to help other museums and commemorative occasions. 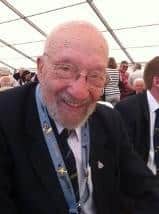 Gerry, who also volunteers two days a week at the Spitfire museum, was born in London and served in the RAF’s Bomber Command (75(NZ) Squadron) during the Second World War in Europe.

He flew in Avro Lancaster bombers after retraining from a wireless operator  to become a pilot.

He also flew during the Berlin Air Lift in the Cold War.

Gerry had a distinguished career as a pilot post war, particularly with Invicta Airways out of Manston.

One of the planes he flew as a civilian pilot is still on display at IWM Duxford.

The keen golfer and photographer, who is also an internet and social media whizz, actively fundraises for the museum by organising quizzes, veterans signings and helping out at events with Ron and other volunteers.

Like Ron, he also still travels the length and breadth of the UK and also routinely flies to places like Coningsby.

Find out more about the Spitfire Museum here and watch this space to find out how the flight went!