Thanet is a great place to find places to go and things to do. But some great isle spots are no longer with us. We take a look at the clubs, pubs and places that are gone but never forgotten.

Dumpton market. Remember this? When there was the greyhound stadium on the site off Hereson Road instead of houses and the garden centre? The market was huge and packed every Friday with coaches coming from across Kent and London full of people after a bargain.

Talking of the greyhound stadium, whatever your views on the sport you could go in, get your steak dinner or chicken in a basket and watch performers including comedian Lenny Henry – famed for a rather amusing chicken walk around the ‘club – and cockney actor Mike Reid. For those who liked their sport with less speed there was also the snooker hall on site. 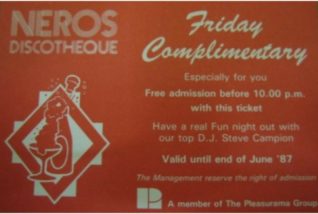 Neros – the long walk along Ramsgate sea front all the way to the end for what was the town’s number one night spot. Bouncers that let you in or not on a whim, the thick frosted glass panels with colours  lights that made up the dance floor, the disco glitter balls hanging from the ceiling, free tickets for locals celebrating their 18th birthday (how did they know?!), Friday night cheap entry before 10.30pm and the endless trouble of getting the right coat back from the cloakroom.

Still with nightclubs, there was also the teeny weeny dance floor at the Winchester Club in Turner Street, Ramsgate – the shuffle past the cloakroom and then the climb up to stairs to get to the bar and in Margate Franks – two for one, ladies nights and the ever-popular under 18s nights! And we must not forget the Club Caprice or, going further back than most of the others, the Margate seafront Bali Hai with the Galleon bar and, at one time, an actual zoo! 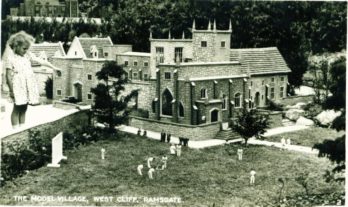 Ramsgate Model Village – with its cricket pavilion, mock Tudor shopping parade, an oasis of  splendid tiny models on the Westcliff until it closed in 2003.

Still in Ramsgate and the £1 trips on the Sally Line ferries, booze cruises, disco and the smorgasbord! 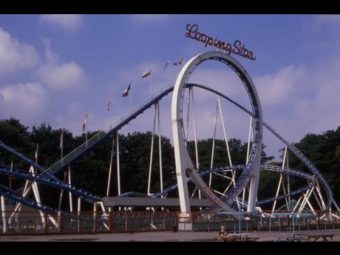 Over in Margate in the 80s and it was Dreamland under the Bembom’s banner. White knuckle rides, wristbands, the Looping Star, the Mary Rose (enough to make that poodle perm straight again) and all kinds of little stalls and shops.

And remember the Arlington Square  shops? The quirky joke and bong shops (now moved into Margate town – check out The Joke Shop here), a little poster shop and one that seemed to sell a bit of everything. The last shops at the site quit in 2011. It is now empty, although it did attract squatters last year.

There were a whole load of pubs that have disappeared too. The Benjamin Beale – now The Hoy; The Old Cottage pub – undergoing renovation; The Blazing Donkey;  The Derby Arms – now converted to housing; the Flag and Whistle ; The Flowing Bowl; The Paragon – we could go on and on!

Amongst ‘the missing’ is of course Pleasurama with its arcades and rides, a popular visitor spot until it was gutted by fire in 1998. It has been empty ever since.