The charred remains are expected to be partially taken down by a team from DDS Demolition tonight.

A source told The Isle of Thanet News: “It looks very dangerous. I believe they (DDS) will take down the dangerous parts to make it as safe as can it can be. Due to vibration of cars, the end wall or structure could collapse on to the road.”

The boozer shut it’s doors in 2016, never fully getting back up to strength after a blaze in 2014 started in the kitchen and ripped through the building.

The pub, formerly Ye Olde Charles, was built in 1926 by Russell’s Brewery of Gravesend.

A typical 1920s roadside inn, it was aimed at motorists visiting nearby Margate. It was named after local architect, Charles Reeve. 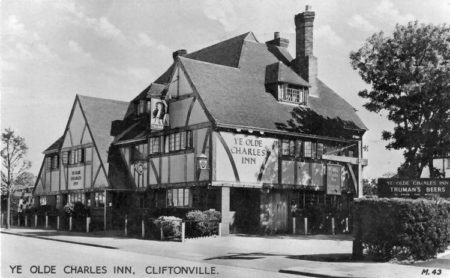 In 2013 Ye Olde Charles became The Holly Tree until it shut for good last year.

The last owners suggested the pub and land had been sold to make way for a housing development.