Margate is the focus of a new piece of research by two journalists investigating coastal communities around mainland Britain.

Jenny Little and Ben Laurance are aiming to produce a book which will take an in-depth look at the economies of seaside towns, and have chosen Thanet as their starting point.

“We want to find out why some places thrive and others struggle,” said Jenny. “We are going to spend time in a total of 12 communities. Some are classic seaside resorts that depend upon tourism for much of their income; others have relied on industries such as fishing, shipbuilding, or North Sea oil. Some are on the edge of conurbations and some are very rural.  Some are indisputably rich and others feel pretty deprived. Why are differences so marked?”

Ben added: “This project is going to take us six months or so.  We decided to start by spending time in Margate because we wanted to gauge the impact of opening something like the Turner Contemporary. There are lots of seaside towns that like to be think of themselves as providing a fertile environment for the arts to flourish. Which ones can claim that they have genuinely succeeded – and that the benefits have spread into the whole local economy? 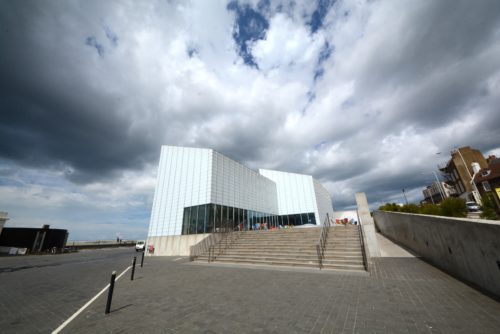 “It’s early days, but we have been struck by how Margate feels much livelier and more self-confident than it did only a few years ago when we first visited.  Then, there was something of a spirit of decay about the place.  That seems to have been eradicated.”

They are half way into a two week visit to  Margate before moving on to Weymouth in Dorset.  Their itinerary includes places as diverse as Llandudno, Blackpool, Peterhead, Whitley Bay and Hull.

Ben and Jenny are both freelance journalists based in south-east London.  They first met when working for The Mail on Sunday during which time they were joint winners of the award for business journalist of the year.  Jenny specialises in writing about small businesses.  Ben focuses on economics, the City and stock market companies. He also writes about cycling.

The working title of their planned book is To be beside the sea. Ben and Jenny are creating a pictorial archive of their travels at instagram.com/tobebesidetheseabook .