I went to Iceland a few weeks back – the country, not the bargain food outlet. I imagined perhaps all that cold and expense might make me feel better about my home life.

Plus, I’d not been abroad with my fella before. I reckoned if we could survive rising at 1.30am to tackle airport security the future would look promising.

We were cheerful enough saying farewell to a dark silent Thanet and heading for Luton. Even getting frisked thoroughly by a less than dreamy security guard, while my intended sailed smugly past, didn’t tarnish the shine. But then, “God, I can’t bear duty free!”, he said, making a face at all the fascinating aisles of booze and scent. “That’s amazing! Nor me!” I trilled, inwardly sending a sobbed adieu to the bottles I’d longed to spend a happy hour sniffing.

“Good heavens, people drinking at 6am – disgusting, isn’t it? And sad.”

“Right! Exactly! Disgusting and sad!” I echoed, thanking God I’d thought to bring a hip flask and that hip flask was brimming.

Well, it’s early days. He’s yet to twig I fart. 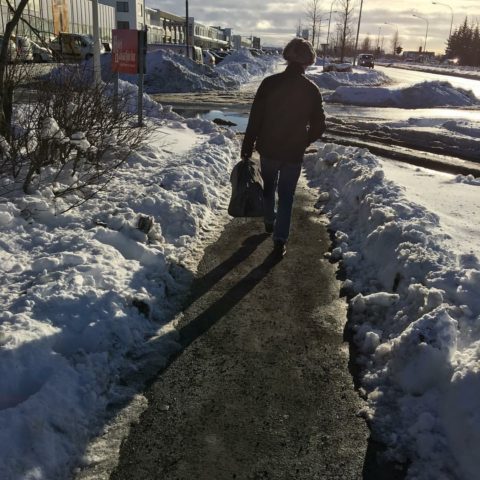 Iceland itself was exquisite. Picture postcard perfect, sparkling with new laid snow. We walked a mile through eight foot high snowdrifts to our hotel, where the positioning of the many mirrors in our room made me suspect it was more usually rented by the hour. 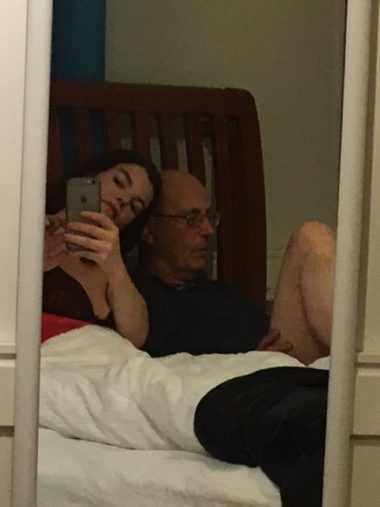 We swam in the blue lagoon, my hair freezing solid while my limbs cooked in its bubbling depths. We saw the Northern lights, driving two hours away from light pollution to hunt them down, only to be joined by 600 other people with the same idea, instantly polluting the night with their flashing phones and cameras.

Like a firework display, they’re fascinating for about five minutes until you realise your neck aches, your feet are numb, and they’re just going on, going on.

We tried, largely in vain, to keep ourselves fed. We’re both vegetarian, so whale and reindeer weren’t options, and heavens, even eschewing the whale, it really isn’t cheap. One size of cheese on toast: £12. One small glass of wine to help you over the shock: £10. It’s the first holiday I’ve ever lost weight on. 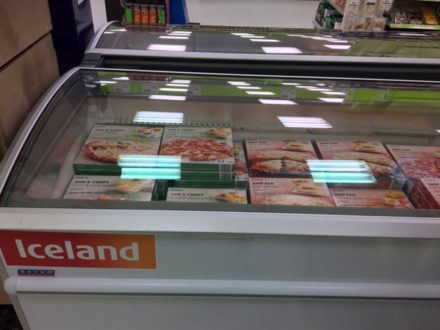 They do have Iceland in Iceland! You know those really quite decent pizzas you can get for a quid?  In Iceland, they’re a tenner. Now that hurt. You expect minsk whale to cost, but a cheesy thin crust?

Three days later we returned to sunny Thanet, thinner, poorer, but still pals. Politely he looked the other way when I set about retoxifying my liver on discovering the party my son had thrown in my absence.

It was definitely a once in a lifetime trip. Possibly once was even more than enough.