The inaugural Ramsgate International Film and TV Festival took place last weekend (24-26 March), with stars from the stage and screen descending on Thanet to support the new project.

Friday evening’s opening gala, at the Granville Theatre, was attended by an eclectic mix of actors, filmmakers, local residents and dignitaries, as the festival kicked off with a special “industry preview” screening of Leave Now (directed by the isle’s Stephen Frost), set almost entirely in Ramsgate, and with an all-local cast and crew.

Throughout the weekend, the people of Thanet were treated to a variety of talks and events from industry experts at the peak of their professions.  Joan Lane lit up Saturday morning at the Comfort Inn (San-Clu Hotel), illustrating how the The King’s Speech grew from being an embryo to a multi-award winning movie; while world-renowned music score composer Simon Boswell edified the audience on the importance of music in films.

On Sunday, it was “5 – 4 – 3 – 2 – 1 … Go!”, as actress Dee Anderson – daughter of legendary husband and wife duo Gerry and Sylvie Anderson, creators of Thunderbirds – took the audience back in time with an analysis of the cult TV series, and what it was like growing up alongside the nation’s favourite sci-fi puppetry programme.

Movies from all over the world were also screened across the weekend, and many of the filmmakers and actors were on-hand to answer festival-goers’ questions about their films.   One such filmmaker, who had flown in from India, was Calcutta-born Amit Ranjan Biswas, director of feature film, Bridge.

Amit said: “The Ramsgate International Film and TV Festival was an absolutely brilliant experience” and described local audiences as “film-educated and inspiring”. 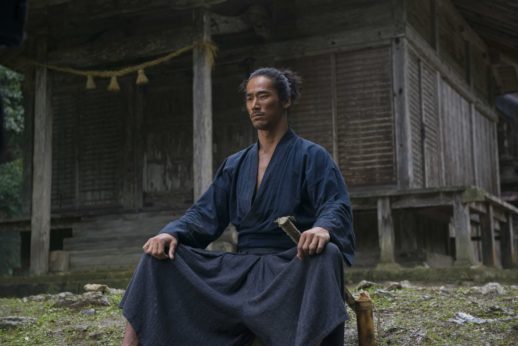 At the awards ceremony held at the Granville Theatre on Sunday evening, Tatara Samurai (directed by Yoshinari Nishikori), a movie which richly depicts 16th Century Japanese culture, picked up the top award, the “Bronze Anchor” for Best Feature, as well as Best Director; and while subtitling problems prevented Tatara from being screened during the festival, organisers have confirmed that it will instead be screened at the Granville Theatre later on in the year.

A range of additional awards were presented during the ceremony on the final night.  Jury member and festival patron, Brenda Blethyn, put her name to the “Special Brenda Blethyn Prize for Best First Feature”; an award won by captivating American road movie The Alley Cat (director Marie Ullrich).

Brenda said: “I am thrilled to have been asked to be patron of the inaugural Ramsgate International Film and TV Festival.  It’s wonderful that we have the opportunity to welcome industry experts and enthusiasts alike to Kent, to enjoy such a rich, international showcase of creative talent.”

Residents also got their say, with special “Audience Awards” being up for grabs for Best Feature Film and Best Short Film, won by Bridge, and British film The Knackerman, respectively.

Festival director Sylvie Bolioli said: “We are so delighted with how Ramsgate’s first ever international film and TV festival went.  We are exceptionally grateful for the phenomenal support given to us by our major sponsors (Orbit Homes for the feature films, and Shepherd Neame for the shorts), the filmmakers who submitted their films to Ramsgate and, most importantly, the community, all of whom have believed in us right from the very beginning of our journey.

“There is a lot we have learnt from putting on our maiden festival, so watch this space for an even bigger and better film festival coming to town in 2018!”.

Find out more about the progress of the Ramsgate International Film and TV Festival, including year-round events, at www.ramsgateiftvfest.org, or on twitter: @ramsgateiftvfest.