A draft plan aimed at saving health services in Kent and Medway some £292million could mean the creation of one emergency hospital centre with specialist services and a trauma unit for east Kent.

To bring this to fruition may involve the downgrading of other sites.

In it the organisations set out proposals to reduce ‘the estate’ – meaning the sale of assets and property – and “invest in housing and community facilities.”

The proposal is for one hospital to provide specialist services, A&E, a trauma centre, planned care and maternity with a second hospital offering A&E, maternity and planned care.

A third site would provide planned care, supported by rehabilitation services and an urgent care centre led by GPs.

There would be further development of a Kent cancer centre.

Vascular, renal, head and neck; urology; hyper-acute stroke; haematoncology and gynaeoncology in patient services, as well as trauma care, would all move to the one main site – either Thanet, Canterbury or Ashford.

Almost 300 acute beds could be cut.

The draft plan says: “Reviews of stroke care and emergency vascular surgery are already underway. In addition, the plan puts forward the idea of creating specialist centres for planned surgery such as hip and knee replacements to separate these services from emergency care.”

This  could save EKHUFT £90m. The Trust, which this year was brought out of special measures, previously admitted there was a £40 million black hole in its budget.

The STP report outlines changes that it says will be beneficial. These include more support for people to leave hospital and be cared for in their own home; appointments on time; quality hospital care and better access to advice.

The aim is also to improve mental health services.

With all the media coverage of the NHS’s problems, most readers will not have heard of STP. It is the Sustainability and Transformation Plan of the quango which runs the NHS in England – the other countries of the UK are not involved. Its aim is to cope with the bed shortages each winter, but far beyond that, the result of our population ageing, as in all countries in the developed world. This is undoubtedly true, but the elderly are far healthier now than in years past. Sadly, we make most use of the NHS in our last year.

STP touches on disease prevention, but not of the diseases of austerity: overwork, high stress from precarious employment, low pay, zero-hours, advertising to children, the burden falling largely on women, leading to a unique increase in the suicide rate, substance abuse and obesity and minor depression. Instead STP talks of ‘lifestyle choice’, suggesting we are personally responsible for disease, but each individual cannot stand alone against the forces which cause ill-health. Our society needs control over the market which has manufactured pathogens like alcohol, saturated fats, and food high in sugar and salt, air pollutants, and there is no mention of this.

The documents on STP are vague and jargon-ridden, and are difficult to read for those unfamiliar with the NHS. There is suggestion of a better use of hospital beds (and the team and facilities behind each bed) . Of course, patients who do not need high intensity care should not be left in hospital for want of somewhere to go.  The development of care and treatment facilities in the community is clearly important. 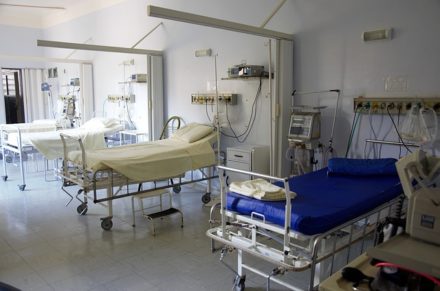 But there is information from Kent County councillors that 300 hospital beds are to close across the county. With better use of facilities outside hospital the pressure can be reduced, but no beds should be closed until the regular occupancy is 85%, otherwise how would we deal with an epidemic?

For Thanet there are two important areas of concern, surgery and GP practices. We must have access to local A&E facilities, as it takes nearly an hour to William Harvey Hospital in Ashford (WHH) and to Kent and Canterbury (KCH). But A&E must be in a large hospital, for services and training, so at least two hospitals need to continue. STP wants to separate emergency from routine surgery, on no published evidence. They may force routine surgery into the private sector in Canterbury, risking the  high quality post-operative services of the NHS.

There is a confusing discussion about the 16 General Practices in Thanet, apparently proposing the reduce these to only 4 ‘hubs’.  It sounds unbelievable  to be closing down 12 of our 16 GP practices, but Thanet District Council did not rule this out when the local Labour Party asked this question; and a Kent County Councillor has shown me a document suggesting only 44 GP practices in the whole of Kent, where there are now 177.

The increase in community care and treatment will mean increased funding, yet by freezing funding of the NHS, the Tory governments have in effect decreased funding because of the gradual increase needed to keep up with demographic change. If the NHS were to be funded at the level of our European neighbours, the crisis would disappear and all the positive aims of STP could be realised.

And also behind STP are the hints at private enterprise taking over, from weird cowboy ventures like those which have so harmed the Sussex ambulance service, to US mega-corporations seizing parts of our NHS.

Your NHS, which you pay for in your taxes, is a unique way our society delivers health care to every citizen – how many other countries could claim as much? Even Obamacare in the USA , (which Trump has just failed to destroy) needs large insurance premiums, and is nearly 4 times more expensive per head than the NHS. It does not care for everyone.

There has been so far, little attempt in the STP to properly consult the public. A public meeting I attended gave evasive answers to these questions. However, there must be statutory consultation in June, although the form has not been announced. Meanwhile you can express your concerns to your MPs, Gale and Mackinlay and to county and district councillors who have some say in the effect of NHS changes.  Do citizens know that they are welcome to join a Patient Participation Group, run by your GP? It’s our NHS.