A cat who disappeared five years ago has been reunited with his owners.

Casper went missing from the Minnis Bay home of Sue and Dave Peall back in 2011. But miraculously the roving moggie has been returned to the couple after he was taken to Eagle Vets and his chip was scanned.

Mum-of-two Sue said: “We had rehomed him with us over five years ago and kept him in to begin with.

“He started going out and it was fine, he was coming back, and then one day he just didn’t return.

“We thought maybe the foxes had got him but we put posters everywhere and he went on the Missing Cats and Strays in Thanet facebook group. One of our neighbours even carried ‘Casper’ back to us but it wasn’t him and we had to get that cat back to its owner!

“In the end we gave up, we just didn’t think he was coming back.

“We took in two more cats, Billy and Sammy, and have our Westie Mac.

“Then a week ago we heard from Cats in Crisis. Casper had been there for a few months. It seems he had been taken in by an elderly gentleman and when he passed away a neighbour took him. They couldn’t keep him and a relative took him to Cats in Crisis. They were told he was a female called Kitty!

“He then went to foster carers and then he wasn’t well and was taken to the vet. It was the same vet we took him to for his chip and they scanned it and found he belonged to us. 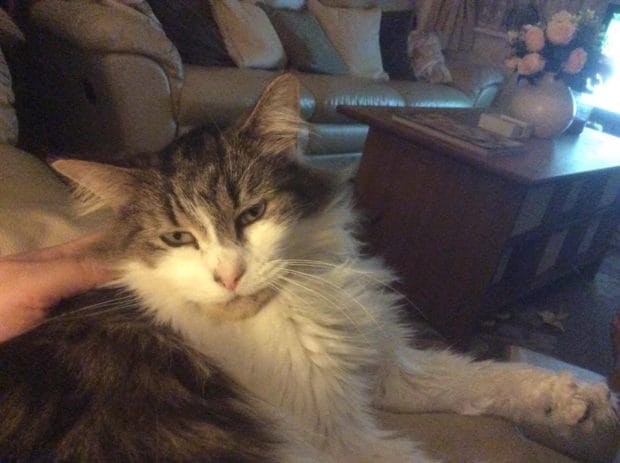 “I just can’t believe it! He is now back and it’s like he never left. He hasn’t made any effort to go out yet and is quite demanding for affection. He looks a bit tatty but is just as lovable as ever.

“The other two cats have accepted him and we had Mac when he was here last. I have no idea whether he remembers us or not.” 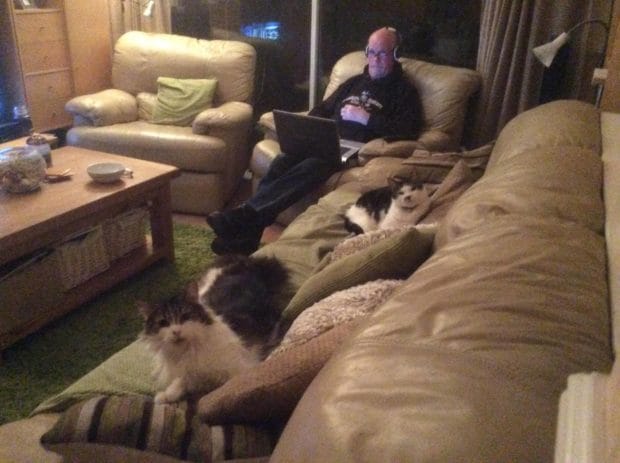 The couple, and son Connor, 18, say they are delighted to have Casper back and have decided to keep him in for now.

Sue said: “We’ll probably keep him in another week and then we will just have to see how it goes and whether he can find his way home.

“We never thought we’d have him back after so long. You hear about it happening after a few months but it’s been over five years.”

*During Casper’s escapades he featured on the Missing Cats and Strays in Thanet page, set up by resident Lucy Cook after her cat Willow went missing. The site has reunited some 784 owners with their pets.