Ramsgate’s inaugural film and TV festival is now less than a fortnight away.

The town’s answer to Cannes kicks off on Friday 24 March at 2pm, when Ralph Hoult – known affectionately as “Mr Ramsgate” – delivers a talk on “Ramsgate in Films” at the Queen Charlotte Pub in Addington Street.

In the evening, professionals from across the film industry will converge on the Granville Theatre for the official opening gala, with supernatural thriller Leave Now – shot in and around Ramsgate, with local cast and crew and directed by resident Stephen Frost – being screened as a special industry preview.

Films submitted from across the globe will take centre stage on March 25 and 26 as six feature-length movies, and 20 shorts, compete for the town’s Anchor Awards. This includes the coveted “Bronze Anchor” for Best Feature Film, which was created by local and internationally-renowned sculptor Dominic Grant – one half of country music duo Grant and Forsyth – and manufactured by Meltdowns Ltd, of Manston Road. 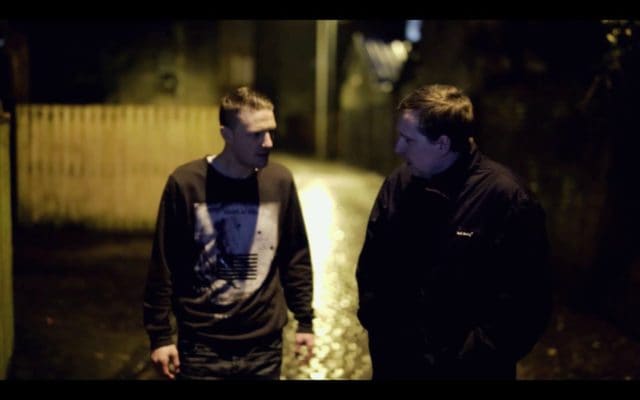 There will also be special Audience Awards for both feature and short films, meaning that every festival-goer has a say on who wins an award. Th festival culminates in the awards ceremony on the Sunday evening at 9pm at the Granville.

Festival director and visionary, Sylvie Bolioli, a successful actress and filmmaker, said: “We have been so delighted with the high quality of films that have been submitted to us from all around the globe.  It is pleasantly surprising given that this is only our first year and we knew we had to start off small”.

Other talks and activities will be taking place over the course of the weekend.  On Saturday  at 9.15am at the Comfort Inn (San-Clu Hotel), the woman behind The King’s Speech, Joan Lane, will be offering an insight into “How the King’s Speech Started”; followed, at 10.30am, by film composer Simon Boswell explaining “The Importance of Music in Films”.

Meanwhile, at 9.15am on Sunday, Dee Anderson, daughter of Sylvia Anderson, who played Lady Penelope, will present a talk on what it was like growing up with “The Thunderbirds”; and at 10.30am on Sunday, short films, documentaries and music videos made by children and young people, under the auspices of film director Jan Dunn and the Kent Film Foundation, will be shown on the silver screen at the Granville.

Sylvie said the motivation for the festival was ‘love at first sight.’

She said: “It was love at first sight when I discovered Ramsgate some years back.  It reminded me of my hometown of Menton, on the French Riviera.

“I am passionate about films and wanted to help bring more international cinema to local audiences, while at the same time promoting the natural beauty, history and heritage of the Thanet area to worldwide visitors”.

The in-competition features will cost £5 while short films are free on a first-come, first-served basis.