Staff and students at East Kent College are celebrating after receiving five ‘Outstanding’ grading’s in their recent inspection by Government standards watchdog Ofsted.

The inspection took place between 24 January and 27 January 2017, and involved 10 Ofsted inspectors investigating areas of the college which included its 16-19 provision, apprenticeships and the Technical School.

This was the first Ofsted inspection since the college amalgamated with the former K College campuses at Dover and Folkestone. They had previously been rated ‘inadequate’ by Ofsted, making the turnaround even more pronounced. It makes East Kent College one of the highest rated further education colleges in the country, and is the best inspection grading for an FE college so far this year.

The inspection highlighted a range of strengths at the college, with inspectors stating it boasted exceptional progress of apprentices, outstanding provision for work experience, very good levels of progression and exceptionally effective and productive community engagement and partnership working.

East Kent College Principal Graham Razey said: “This inspection has highlighted just how far the college has come since 2013. Our Dover and Folkestone campuses had previously been neglected as part of K College and were considered inadequate. The fact they’re now thought of as ‘outstanding’ for five of the nine areas inspected by Ofsted, and good for the other four, is testament to just how hard all of our staff have worked and I’m really proud of the grading which reflects that.”

The college has also been congratulated by South Thanet MP Craig Mackinlay. 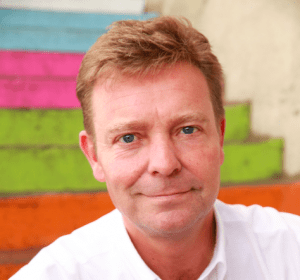 He said: “This is fantastic news, not just for the college, but for our community. I know all the team at the college have been working immensely hard over the last few years to achieve these ratings and they should be tremendously proud of what they have accomplished in such a short space of time.”

He said: “Graham Razey and his team have successfully raised the status and value of East Kent College since becoming Principal in April 2010. He has moved Thanet from an area where further education was the preserve of the few to a viable option for many young people, providing them with the skills that are needed in a fast evolving job market. Ofsted has recognised these achievements which have been hard earned and Thanet District Council is proud to call itself a strategic partner.”