The fiancé of author Helen Bailey has today (Wednesday, February, 22) been found guilty of her murder and other offences at St Albans Crown Court.

Helen, who was 51, had been reported as missing from their Royston home on Friday, April 15 by Ian Stewart, her partner of four years. The pair had lived in the house since 2013.

Ian Stewart,  56  and from Baldock Road, Royston, claimed she had left a note to say she needed some time away and had gone to her property in Serene Place, Broadstairs. During the trial he admitted the note never existed.

Following his report to police, a large-scale operation to find Helen was launched. This included searches at the Serene Place property. 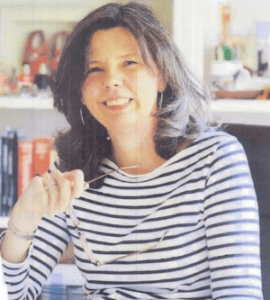 The court heard how Helen had been concerned in the weeks before her death that she was feeling unusually sleepy. It is believed Ian Stewart had in fact been giving her increasing amounts of a sleeping drug, Zopiclone, which had been prescribed to him in January. There is no evidence to show Helen had ever been prescribed this drug herself, but it was detected in her body and hair.

It is believed Ian Stewart killed Helen on April 11 and hid her body in a cesspit in the grounds of their home. This was a bricked over well which was over 100 years old and is under a concrete floor of the garage with a small manhole opening.

Ian Stewart had parked a car over this small entrance and never mentioned its existence to officers.

Subsequently that day he took what is believed to be a duvet and boxes to the tip and later in the evening he went to watch his son play bowls and got a Chinese takeaway.

He had also text Helen’s phone and emailed her as though she had gone missing when he was in fact in possession of her phone. It’s believed he set up a standing order from her account to their joint account, booked snooker tickets with her credit card and went on a holiday to Spain they had booked together. 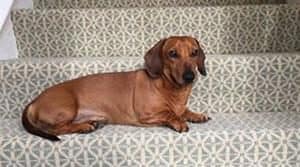 Helen’s body was found, along with the body of her dog Boris, on July 15, 2016 and, following a painstaking operation, was recovered the following day.

Ian Stewart had been on trial at St Albans Crown Court since January 9.

He was also found guilty of fraud, preventing the lawful and decent burial of a dead body and three counts of doing an act tending and intended to pervert the course of public justice.

Detective Chief Inspector Jerome Kent from the Bedfordshire, Cambridgeshire and Hertfordshire Major Crime Unit, who led the murder investigation said: “Ian Stewart is a cold and calculated man who is clearly extremely manipulative. Not only did he kill Helen he placed her body and that of her beloved dog Boris in a cesspit. These are the actions of a truly wicked man. I am sure there was a significant level of pre-planning by Ian Stewart whose main motivation was money.

“Since his report to police on April 15 that Helen was missing, he has told a significant number of lies to her family and friends, his own family and to police and continued those lies when he gave evidence in court.

“I would like to thank Helen’s family who have remained dignified throughout despite Ian Stewart’s elaborate story and continuing charade. He allowed Helen no dignity and whilst the right decision has been made by the jury, I am sure this will be of little comfort to Helen’s loved ones. Our thoughts remain with them, Ian Stewart’s family and Helen’s friends.”

‘A long shadow of loss’

In a statement Helen’s family said: “When Helen’s body was discovered last July, some three months after she had gone missing, we said we knew Helen would wish, like us, for justice to be done.

“We wish to thank the Police and Crown Prosecution Service for their unswerving professionalism and support, and to those individuals who gave up their time to be members of the jury or to give evidence in court, as now the perpetrator of this crime has been brought to book.

“We also wish to thank the many individuals for their support, some of whom have been grieving for their own personal loss – as their acts of kindness have been invaluable to us.

“Our thoughts are very much with Ian’s family.

“Despite this victory for justice there can be no celebration. Our families have been devastated and nothing can ever bring Helen back to us, or truly right this wrong.

“A long shadow of loss has been cast over the lives of so many who will always remember Helen with enduring love and affection.

“At her memorial service, we asked attendees to write down what Helen’s life had inspired them towards.

“From over 160 affirmative responses, one person wrote: “To help people when they needed a friend”

“With these words in mind, we now embark on rebuilding our lives and we respectfully request that we be allowed to do so in peace.”