A £15million injection into Margate’s Dreamland amusement park will be used to buy new rides, restore existing ones and upgrade indoor and outdoor areas.

Operator Sands Heritage Limited, which fell into administration last May, has been loaned the cash by offshore firm Arrowgrass.

Arrowgrass initially loaned £600,000 in July 2016.The amount owed by August for the Arrowgrass loan was £2.3 million due to interest, charges and costs.

The terms of that loan meant a charge was placed on the leasehold for Dreamland.

The cash was secured by placing legal charges on SHL’s 99 year lease of the Dreamland site, agreed with Thanet District Council (TDC) in 2015,and by placing charges on other, non-TDC, properties leased by SHL including 49 and 50 Marine Terrace Margate

Sands Heritage Ltd reopened Dreamland  in June 2015 but hit financial difficulty at the end of that year when it entered into a voluntary debt plan after suffering a net loss of £5 million and owing bills of £2,893,128.
In May 2016 Benjamin Wiles and Paul Williams, Managing Directors of Duff & Phelps, were appointed Joint Administrators of Sands Heritage Ltd, trading as Dreamland.

Duff & Phelps aim to market the business and sell the assets. The target date had been March this year but the administrators applied for a time extension.

The funding is the strategy of Dreamland’s new management team to strengthen the business. The money will also be used to widen the ownership of land with the buy out of properties and land adjacent to the park. The plan is to regenerate a section of Margate’s seafront. 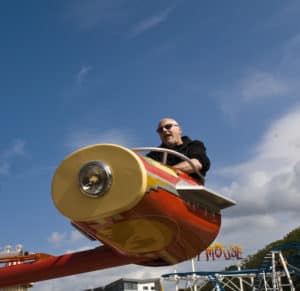 The recent appointments to Dreamland’s management structure include Rebecca Ellis as programming and events director and Jennie Double as commercial director.

Steven Mitchell, interim financial director of Dreamland, said: “This is wonderful news for Dreamland, and for Margate. We want to reset expectations about the experience Dreamland delivers for our customers and, in doing so, create a sustainable business that can reinvest in Margate in the long run as well as this year.

“Our plan is to operate a fantastic vintage park that showcases the Scenic Railway and our many other rides alongside destination dining and unique event spaces. We intend to give the local community something they can be proud of and have a great time visiting, while providing people from outside the area an even greater reason to come to Margate. 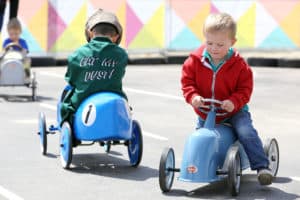 “Work is already underway across the park in advance of reopening during Spring, and the whole Dreamland team is hugely excited. In the meantime, our indoor activities remain open and we have some fantastic events coming up, including Geek, the ultimate indoor gaming festival for the whole family, on 17-19 February.”

Council leader Chris Wells said: “It’s positive to see significant private investment going into Dreamland to help secure its financial future. The rebirth of Dreamland would not have been possible without the extensive commitment and financial backing of public organisations, of which the council is proud to have been a part. I’m excited to see the park continue its contribution to the significant regeneration of our original seaside resort – Margate.”

North Thanet MP Sir Roger Gale added: “I am very pleased that measures are being put in place to secure the financial future of Dreamland. The park and under-cover facilities are a vital ingredient of Margate`s year-round offer to leisure and business and I continue to have great confidence in Dreamland’s prospect as a major leisure complex.”