A ‘world exclusive’ will take place at an event in Sandwich this summer when a Broadstairs musician shares the rescued collection of 50s rock star Eddie Cochran.

Sonny West and Simon Green, who is from Deal, head up Killertone Records and are planning the huge 50’s Festival in Sandwich, at the Guildhall, the square and along the river, this August.

Part of the festival includes a photo exhibition at the Guildhall from the Eddie Cochran collection- some never seen in public before.

Sonny acquired the pictures and boxes of personal items belonging to the singer after a series of events led to him spotting a trophy on ebay. The result was an entire Cochran archive ending up in Broadstairs.

Simon, who has been a friend of Sonny’s for more than a decade after seeing his band The Congo Faith Healers in action, said: “When Eddie died in 1960, at the age of just 21, he still lived at home.

“He was the youngest of 5 children and his mother Alice was grief stricken. Alice closed the house to visitors and allowed no one in Eddie’s former bedroom. They shut the fan club and no films were permitted to be made. The family battled internally over the rights to Eddie’s music.

“Fast forward to the late 90s and after Alice died, as did Gloria, the house was due to be sold and the contents were placed in a lock up in California in the care of Eddie’s nephew.

“Unfortunately the rent wasn’t paid and the lock up was purchased by two dealers who saw no value in the contents beyond a few guns and knives. By chance the contents were offered to an art dealer who came to view the items on the day a skip had arrived to take everything to be dumped.

“The art dealer took the items away and put them on ebay where Sonny first spotted a trophy that he instantly recognised as having been in the Cochran home after it was presented to Eddie in ’58.

“Sonny contacted the seller and bought everything he could in a bid to ensure that this priceless collection of Rock and Roll history was kept together and exhibited for others to see.”

Some of the collection is currently being exhibited at the Proud Galleries in London within a birth of Rock n Roll/Elvis display.

Former Margate Beacon Bingo boss Graeme Corner has also been involved with the Eddie Cochran Lost Locker project, digitising old cine reel. His business, Copied Right, is responsible for all the photograph scanning, restoration and archiving for the exhibition.

Alongside the Cochran exhibition Killertone Records is holding the three-day Sandwich 50’s Festival which will showcase live music in two venues and include a classic car show.

There will be 12 international rock n’ roll bands, eight DJs, the car show, Cochran exhibition,vintage market stalls, entertainment including dance lessons and competition, a raffle with a handmade guitar donated by master-luthier Pete Leferve and signed by the bands, food and drink and more.

The event takes place on August 5-7 in partnership with Sandwich Community Events. Day tickets £35, weekend tickets £60, via the festival website (see below). 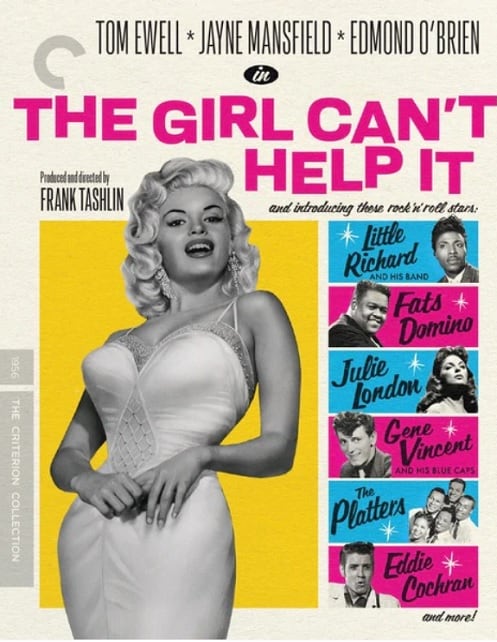 As a precursor  Killertone is screening The Girl Can’t Help it, a classic 1956 Rock and Roll movie starring Jayne Mansfield with a host of guest appearances including Little Richard, Eddie Cochran, Gene Vincent, Fats Domino, Julie London  and The Platters.

The evening will include a jive demonstration during the interval and cocktails will be available for the bar.

The film event takes place on Friday, May 20 at the Empire Cinema in Sandwich. Doors open 7pm, tickets cost £10 from The Sandwich Shop, the festival website or on the door.