Drapers Windmill will be open to the public as part of National Mills Weekend May 7-8.

The national event is under the banner of the SPAB (Society for the Protection of Ancient Buildings) and Drapers Windmill Trust has participated in it since it was first organised in the 1980s.

Drapers Mill was built in 1845 by John Holman, a millwright from Canterbury.

There were originally three mills on the site, two to grind corn and one to pump water. Little Draper’s stood next door to the surviving mill and the Pumper was where the allotments to the rear of the mill now exist.

The mill was worked by wind power until 1916 and then by a 20 horsepower gas engine until the late 1930s, with the sweeps and fantail being removed in 1927.

In 1965 the mills were threatened with demolition due to disrepair but then headmaster of Drapers Mills School, Mr Towes, helped establish the Drapers Windmill Trust and  secured the restoration and future of Drapers Mill.

In 1968 the Kent Education Committee acquired the mill, which was restored at a cost of over £2000. The fantail was replaced in 1970 with one pair of sweeps following in December 1971. The second pair of sweeps were fitted in the autumn of 1974.

The mill is now in the care of Kent County Council which is fully supported by the Drapers Windmill Trust. The Trust is responsible for the day to day running and restoration with larger projects financed by the authority,

Windpower was returned to the mill following major restoration works by Kent County Council during 2017-2019. A project to refurbish the cap and vane at Drapers Mill was completed in 2018. 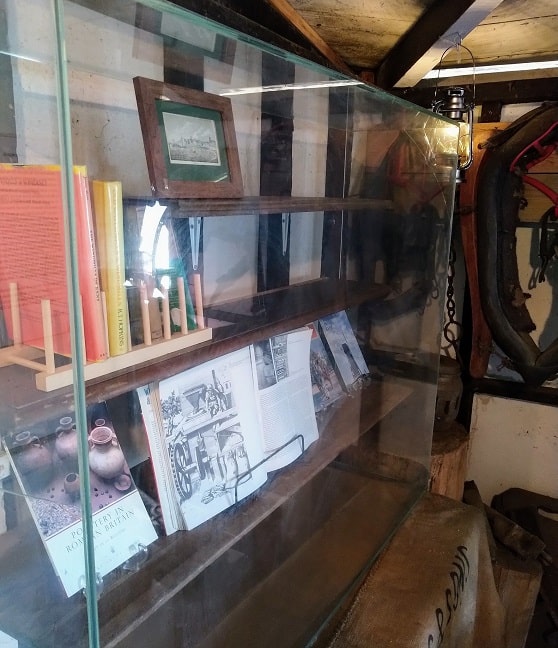 The mill will be open both days from noon to 4pm and admission is free.

There will be guided tours and, weather permitting, the windmill’s sweeps will be turning and the 100 year old gas engine can be seen running. There will also be light refreshments and opportunities to buy souvenirs – including wholemeal stone ground flour produced in the mill.

Drapers Mill opens up to the public at weekends during the Summer. Volunteers are welcome.