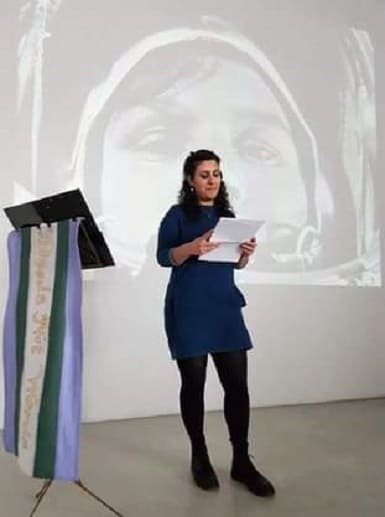 Perhaps a lot has been said nationally and locally about the cost of living crisis and yet it still doesn’t seem enough when you consider the scale of the problem.

You might think you’re in some twisted parallel universe when the chancellor’s wife has saved approximately £20 million in tax via her non-domicile status and is richer than the queen, but one in ten parents need to use a foodbank with a likely figure of 1.3 million requiring emergency handouts due to the devastating rise in bills.

Like many people Jane Calbert, now of Broadstairs, has had to slowly change her living habits again and again, not buying meat as it’s too expensive, buying frozen veg rather than fresh and by the end of the month surviving on pasta and butter.

Although she works, she struggles to pay the bills and it seems unbelievably draconian when she says: “I have to go to bed every night straight after work because I have no money for the electric.”

At the same time the Money Saving Expert has published his most dire survival guide yet, saying he wished he didn’t have to, in which he offers tips like ‘heating the human and not the home’.

It’s almost a parody that while the UK is the 6th richest economy in the world, 1 million adults go without food for one day a month at least. One of the reasons that this continues is because there is now widespread desensitisation and apathy; there is a (maybe deliberate) bombardment of so much terrible news everyday that this is another bad story amongst many, affecting people that don’t have the resources to speak out for change.

Seraphina (real name changed) is in the too familiar predicament of choosing between heating and eating, and feels that she would not be able to afford to have a home if her adult children did not pay rent. She says that her weekly menus have become simpler and simpler, now being just sandwiches, jacket potatoes and soup.

In Thanet the issue is exasperated by once rentable properties converting to Airbnbs, those from cities renting and buying in the area and driving prices up and increasing rents. What will happen to all the families currently in affordable rental agreements when they come up for renewal?

Numerous areas in Thanet feature in the most deprived decile for deprivation in Kent, mainly around the towns of Margate and Ramsgate. It’s uncomfortable and indelicate to talk of voting in relation to the cost of living crisis, however it’s done, yet it also seems those that are most directly affected by the crisis either do not vote, or vote for those that exasperate the inequality between the top and the bottom of society for their own financial ends.

Conversely in the words of Mark Twain, ‘If voting made any difference, they’d ban it’. When protesting has also been banned in a suspicious parallel to the cost of living crisis, you wonder what action there is for the average person to take.