While learning about World War Two, the Year 6 children of Garlinge Primary School and Nursery have been finding out how the people of Britain kept safe during the Blitz.

As part of their learning on air raid shelters, they had the exciting opportunity of designing and creating their own version of an Anderson Shelter during a DT project. The pupils either worked independently, in pairs or in groups when constructing their models.

Ten-year-old Josh (pictured below) said: “I wanted to make my design as authentic as possible so I ensured that my Anderson shelter was partly buried underground and I camouflaged the roof. I had great fun designing and making the shelter.” 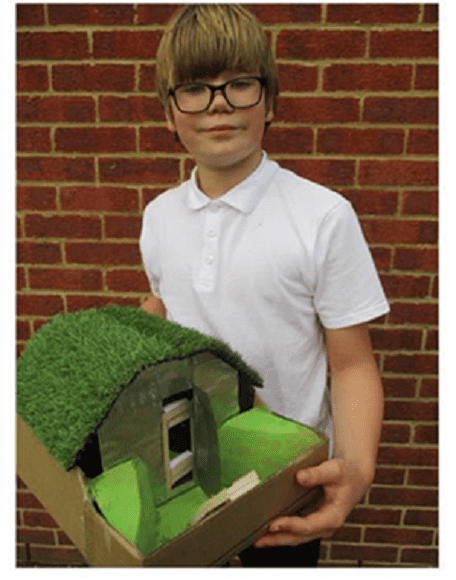 Year 6 teacher and art and design lead, Miss Jenkins, said:“ The children were really engaged in the whole design process when researching air-raid shelters and creating their  own models. The end result is fantastic with our pupils really wanting to make their shelters as realistic as possible”

Heads of School, Mr Cope and Mrs Northrop alongside the Chair of Governors, Mr Herbert, were then given the challenging task of choosing a winning model from each class.

Mr Cope said, “The children have fully immersed themselves within their topic this term and all of the children did an excellent job at designing and making their Anderson Shelters – Well done to all of the winners.”