Today -Thursday, November 11 – is Armistice Day, the anniversary of the end of hostilities in the First World War at 11am in 1918, with Remembrance Sunday always the second Sunday in November. 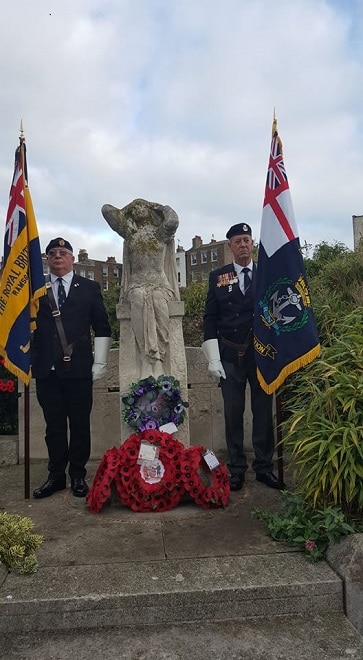 Services today included wreath laying at Destiny in Albion Gardens in Ramsgate and hymns, a bugler, service and a minute’s silence in Ramsgate town centre, outside Timpson’s, as well as a service at the grave of the “Unknown Sailor” in St. Peter’s Churchyard. 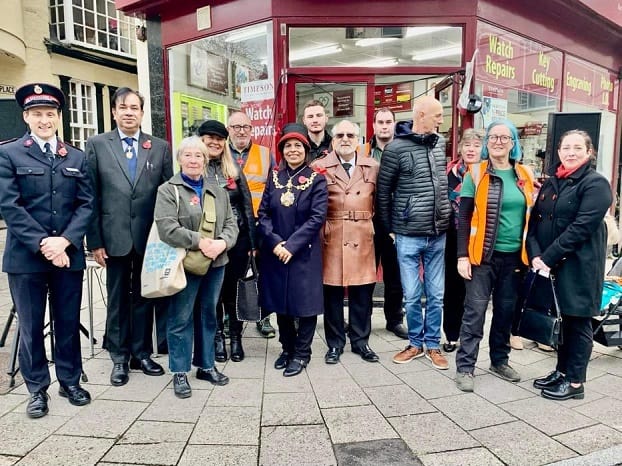 Ramsgate mayor Raushan Ara said: “Today, on Armistice day, the 11th of November, we gathered together to remember all of those who lost their lives, for our sake, in conflicts throughout the world.

“My sincere thanks go to Fr. Paul Worledge for conducting the service at the Destiny statue in Albion Gardens and to Carl Whitewood and Rabbi Cliff Cohen for their service in Ramsgate town centre.

“Thank you to everyone who stopped and joined in our two minutes silence, the representatives from the Royal British Legion, the Royal Navy, and the Royal Air Force, the Ramsgate Town Council technicians and clerks, and my PA, Kim Hobbs, and councillors for organising the event. 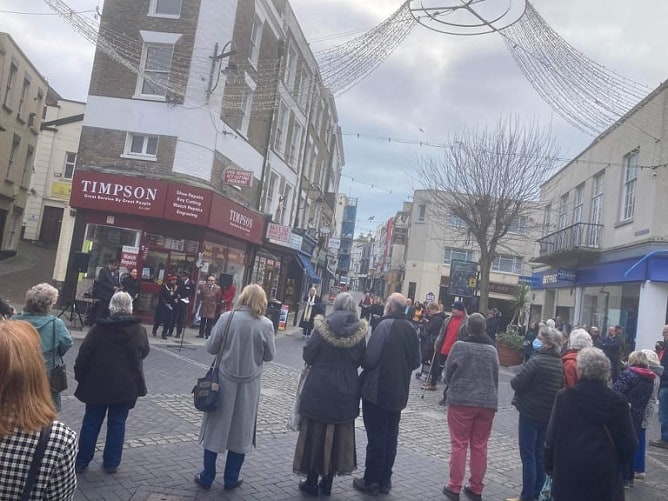 “A very special thank you goes out to Crafty Poppies, a crafting club, who kindly made and supplied us with the beautiful poppies, that we see around town.” 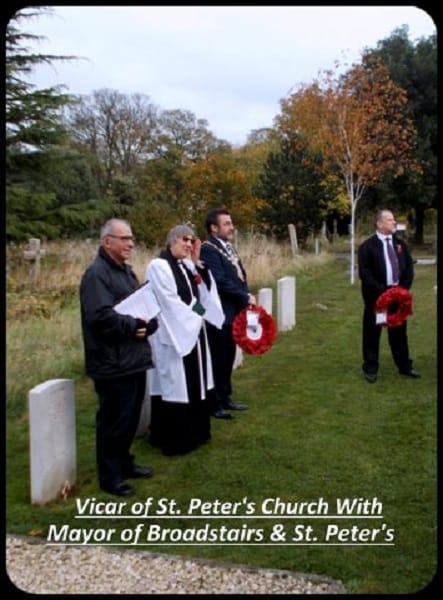 An  Armistice Day service around the Commonwealth War Graves Commission grave of the “Unknown Sailor” in St. Peter’s Churchyard was also well attended.

“Pupils from St. Peter’s School recited the Kohima Epitaph and the “Last Post” was played brilliantly by a pupil from Dane Court School, well done to them all.  Thanks also to the organisers for their hard work in planning this event for the past few years.”

In Westgate beautiful poppy displays have been installed. Resident Wilfred Jenkins took the ‘Poppy Doll’ on a tour of the display.

He has also signed a special poem:

Wear me on Remembrance Day.

Poppy poppy what do you tell?

Many soldiers in battle fell.

Poppy poppy what should we know?

The 82-year-old has created the display outside her home in Beech Grove. It includes a tribute to 100 years of the Royal British Legion.

Beryl, who has been a fundraiser for disability causes for some 40 years and a co-founder fundraiser for a disability assessment centre in Canterbury, marks Remembrance and Armistice with her art and craft work every year.