A performance poet and an artist and writer, both from Ramsgate, have joined forces to produce an anthology aimed at helping to save lives.

Surviving Suicide will be a collection of verse which it is hoped could help people who are suffering dark times. The duo are asking for people across the isle to submit their poems for inclusion.

The project is headed by Stefan Gambrell -known as Neanderthal Bard – and Dean Stalham, who began painting and writing whilst behind bars and went on to exhibit his art and be published for plays and TV scripts.

Both Stefan and Dean have had their lives touched by suicide with Stefan twice attempting to take his life while battling poor mental health and Dean grieving the loss of four friends just this year.

Stefan, who lives with Borderline Personality Disorder, discovered his talent for poetry after suffering a break down.

He said: “I had a break down when I was 37. After three years of being thrown around by mental health services I was feeling completely despondent but then one day my social worker suggested that I write down in a letter about how I was feeling.

“The first two lines read, How would you feel sir and what would you do, if the world was just grey with no shades of blue? As I wrote more I realised I was writing poetry. I also saw how much I was learning about my own mental health and how it’s not just a personal thing but something that everyone needs to talk about.”

Those two lines were the beginnings of a journey which now sees Stefan teach workshops and skills, mentor others and, of course, perform. 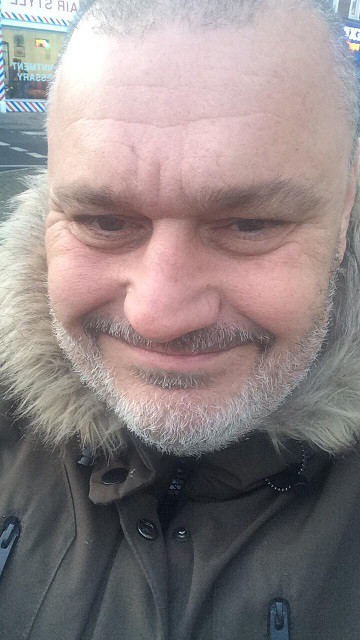 Dad-of-five Dean, who works with the Stretch Outsider charity which delivers arts projects with prisoners, ex-prisoners, homeless, mental health groups and young people in care, is dealing with the deaths of four friends this year, including musician Paul Butters and poet Mark Cleasey, who performed at the Albion Rooms in Cliftonville last year.

Dean said: “I’m deeply saddened by all my friends deaths through suicide- all of them artists, writers and poets- My regret is that they all had so much more to give to the world – as their work improved this world- I wish they would have just maybe reached out for help and support a little bit more.

“But saying that, you can’t really criticise anyone once they have made a decision- a decision only they could and are entitled to make- This anthology – we hope will be a survival kit to maybe thinking twice.”

The Surviving Suicide project contributors include Yuyutsu Sharma from Nepal, Patrick Lyons, Martin Head and Carli Jefferson from music and performance duo Lunatraktors. They are joined by Kirsty Allison, Gil Del Ray, Sophie Cameron, Dean and Stefan. Invitations to be involved have also been sent to Kae Tempest and Benjamin Zephaniah.

Dean said: “Surviving Suicide is a collection of poems that may save your life. We need 30 poems that can come from any angle as long as it pertains to surviving suicide. I believe everyone has been touched some way or another by suicide.”

Submit your poem by emailing Dean at montyboyone2@yahoo.co.uk

Among men and boys the age group with the highest suicide rate was for 45 to 49 year olds while among women and girls those most at risk were 50 to 54 year old.

There has also been a rise in people aged under 25 years taking their lives, particularly in the case of 10 to 24 year old females.

If you are experiencing suicidal thoughts and need support, you can:

Call your GP and ask for an emergency appointment

Samaritans offer a 24-hours a day, 7 days a week support service. Call them FREE on 116 123. You can also email jo@samaritans.org

Papyrus is a dedicated service for young people up to the age of 35 who are worried about how they are feeling or anyone concerned about a young person. You can call the HOPElineUK number on 0800 068 4141, you can text 07786 209697 or email pat@papyrus-uk.org