It is the weekend and we have rounded up a whole host of events for you to enjoy, from a Christmas light switch-on to mind reading, there’s something for everyone. 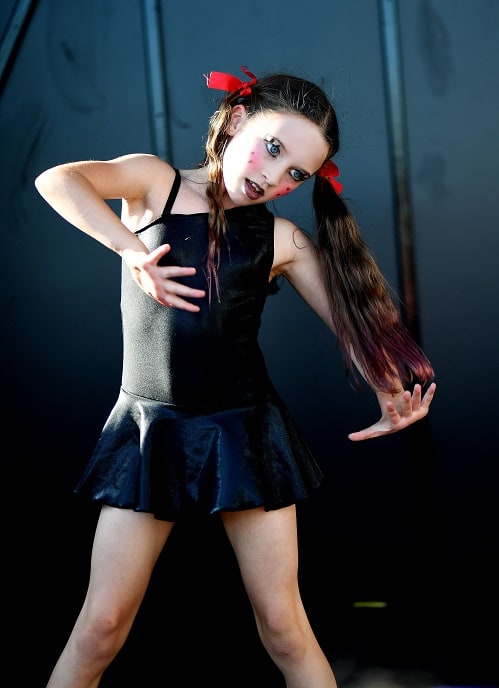 X Factor girl band Lemonade and Marcel and Gabby from Love Island are among the guests who will be heading up the Westwood Cross Christmas light switch on.

Crowds will also be entertained by cast members of the Theatre Royal panto, The Wizard of Oz, and kmfm. Entertainment starts at 4pm and the lights will be switched on at 6pm.

Part of Looping the Loop Festival.

The event will include a talk and Q&A with visiting and local producers. You can also expect drinks, snacks and excellent tunes from local DJs.

Part of Looping the Loop Festival

​St George’s Hall becomes the surprise setting for this critically acclaimed show that takes an unflinching look at the myths of modern love. This is a mind-bending heart-breaking examination of the ‘Ross and Rachel’ syndrome – what happens when best friends get together and stay together? A disquieting dualogue performed solo and written by Olivier-nominee and Critics Circle Most Promising Playwright winner James Fritz brings with it a spectacular set that will fill the space and seat the audience on what is usually the hall’s stage.

Tickets £10, concessions £6. There is a service charge

The show offers a diverse range of contemporary new work that comes out of a year’s collaborative working on huge scroll drawings. This experience has significantly altered the individual work of artists Elizabeth Burman, Karen Crosby, Claire Manning and Ruth Payne, as JELLY reveals.

Entry to the exhibition is free Some of the works are explicit.

Jerome Sadler on piano and James Cook on viola present music by Beethoven, Schubert and Messiaen

Murder on the Orient Express (12A) 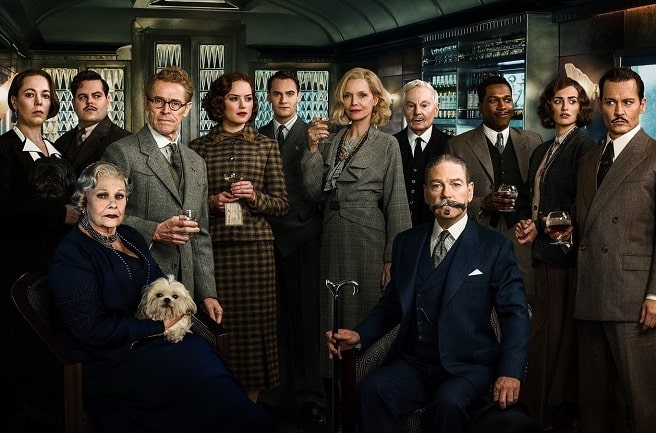 Kenneth Branagh stars as Hercule Poirot in this all-star re-telling of Agathe Christie’s classic hugely entertaining tale of a murder on a train where thirteen stranded strangers and the great Belgian detective, race to solve the puzzle before the killer strikes again.

Shakespeare for Schools is at the Theatre Royal, 7pm 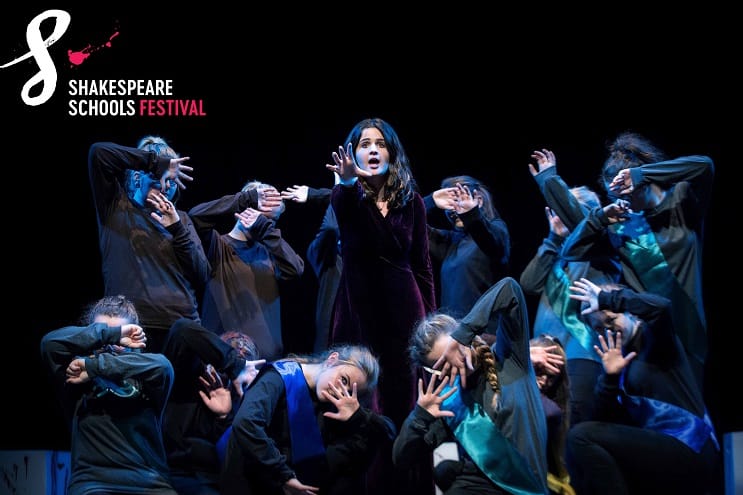 Pupils from seven Thanet schools will take to the stage at the Theatre Royal in Margate as part of the world’s largest youth drama festival.

Much Ado About Nothing    –     Bradstow School 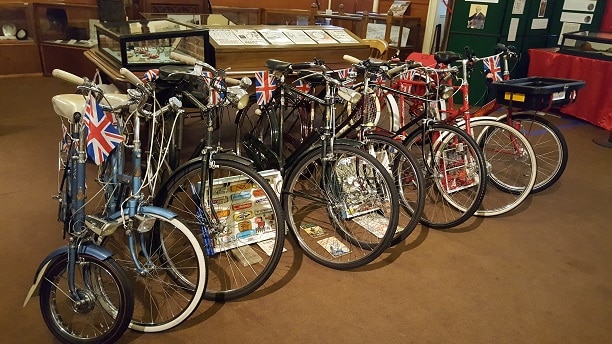 A special exhibition of 19 Raleigh bicycles either bought or sold in Margate. They date from 1959 and include 2 post office cycles , one police cycle and two Choppers. There are also examples of Raleigh advertisements from 1894 to 1962 and the history of Raleigh Bicycles. 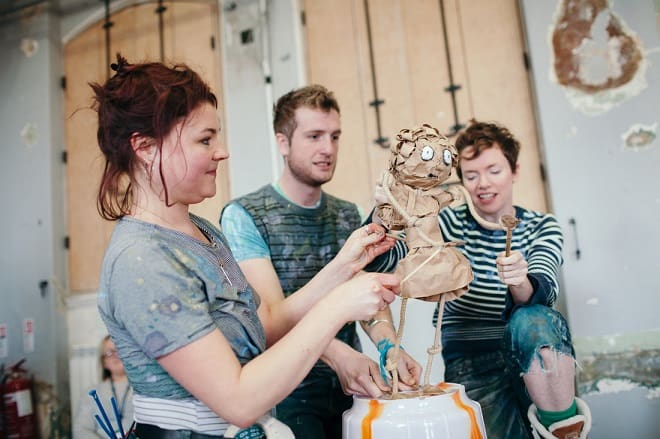 Part of Looping the Loop Festival.

Join the team of Almost Always Muddy in their Junk Yard playground of treasures and build them a place to tell their story. Almost Always Muddy is an immersive storytelling experience. The Foyle Room at Turner Contemporary will be filled with pallets, tubes, ropes, nets, fabric, the materials with which you can build the places stories can happen.

The Almost Always Muddy team of improvisers will then transform your creation into a theatrical storytelling adventure, with live music, live making and special effects. This story of a Hero’s Quest for courage is an interactive piece so expect to get building and use your imagination! 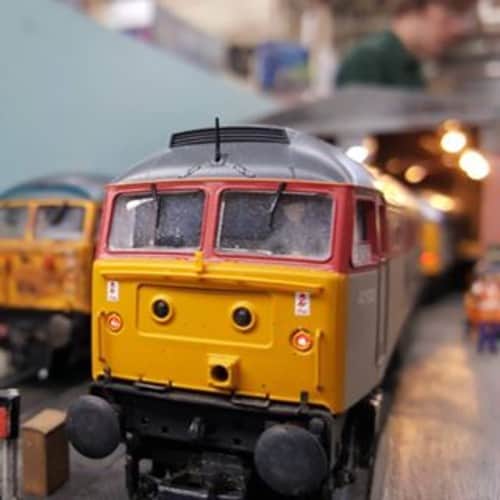 20+ layouts and variety of trade stands

For children aged 7 years and over

One Night of Queen 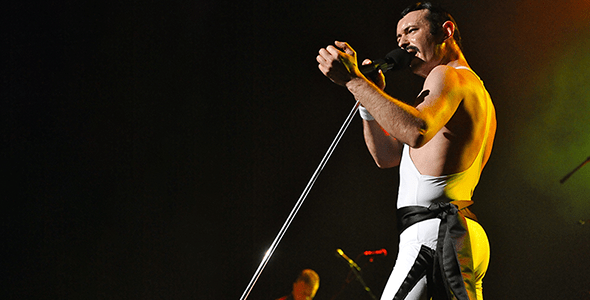 In 2000, Gary Mullen won ITV’s “Stars In Their Eyes” Live Grand Final, with the largest number of votes ever received in the shows history.  The record of 864,838 votes was more than twice that of the runner-up.  Gary began touring on his own and in 2002 formed a band ‘The Works’, to pay tribute to rock legends Queen.

Since May 2002, ‘Gary Mullen and the Works’ have performed throughout the UK, USA, Europe, South Africa and New Zealand to sell-out audiences.  The outfit have also twice rocked the prestigious BBC Proms in the Park, in front of a very enthusiastic crowd of 40,000. 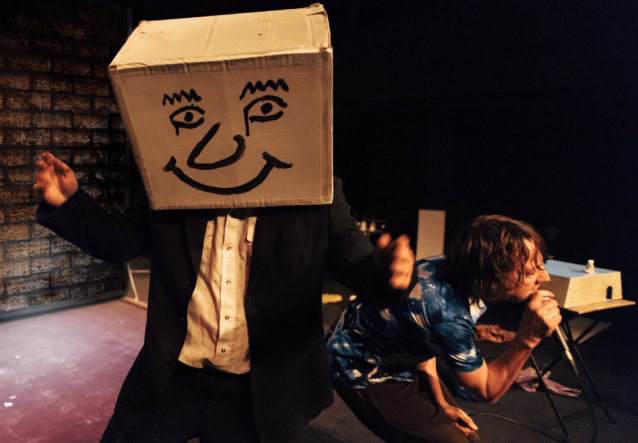 Part of Looping the Loop Festival

Kid Carpet and Vic Llewellyn’s musical, magical, moving and comic journey through the minds of some of our planet’s most eccentric and creative individuals. From personal accounts into tales of outsider artists who have been inspired to build extraordinary structures, in secret and without artistic validation from the real world. A smash-hit success of the 2016 Edinburgh Fringe. Includes an invited local maker who constructs an object on stage for presentation at the climax of the show. Festival deals available. 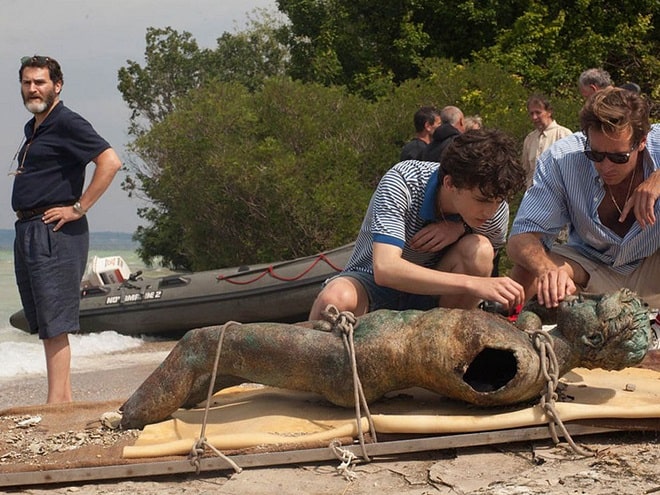 It’s the summer of 1983 in the north of Italy, and Elio Perlman (Timothée Chalamet), a precocious 17- year-old American-Italian boy, spends his days in his family’s 17th century villa transcribing and playing classical music, reading, and flirting with his friend Marzia (Esther Garrel). Elio enjoys a close relationship with his father (Michael Stuhlbarg), an eminent professor specializing in Greco-Roman culture, and his mother Annella (Amira Casar), a translator, who favour him with the fruits of high culture in a setting that overflows with natural delights.

While Elio’s sophistication and intellectual gifts suggest he is already a fully-fledged adult, there is much that yet remains innocent and unformed about him, particularly about matters of the heart. One day, Oliver (Armie Hammer), a charming American scholar working on his doctorate, arrives as the annual summer intern tasked with helping Elio’s father. Amid the sun-drenched splendor of the setting, Elio and Oliver discover the heady beauty of awakening desire over the course of a summer that will alter their lives forever. 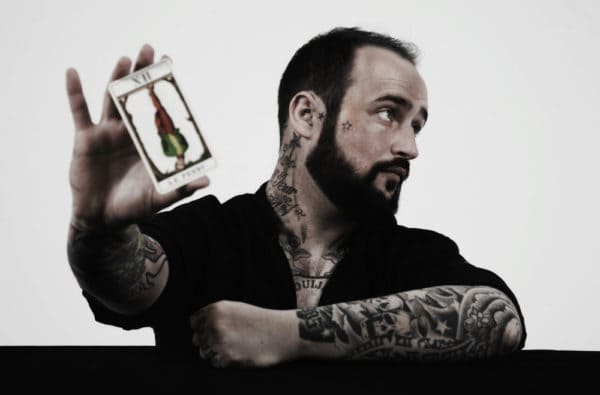 He doesn’t use mind games or psychological tricks; he is not a trickster, there are no smoke and mirrors.  He says he can simply read your mind.

His intuitive abilities have gained him high profile fans such as Derren Brown, Dynamo and Uri Geller.  He is consultant and writer for Derren Brown and Dynamo and was also resident expert for US hit series The Mentalist.

He has performed in more than 20 countries, including the United States, in venues from local taverns to the London Palladium  and written numerous books on magic and magic theory.

Jermay has written a total of 33 books and manuscripts on magic and magic theory, many of which are limited-release, but 4 of which have been published by magic companies and mass-circulated. Those are 7 Deceptions (Wonder Wizards, 2000), Building Blocks (Alakazam Magic, 2003), Coral Fang (Alakazam Magic, 2004), and “3510” (2007).